I hate to admit it, but I’m not always easily impressed. When Andrew told me about the grand plans to go to Moab this summer, I didn’t not react in the way he had hoped. I don’t know if it was the lack of knowledge on what to expect or overwhelmed feeling I was experiencing at the end of the school year, but I was not initially thrilled. In any case, when the time rolled around for us to roll out (see what I did there?) I let myself carry no expectations.
​
I have to say: I did not give Utah as much credit as I should have. When all my millennial Colorado fiends packed their cars on the weekends in college and hustled off to Moab for a quick adventure, I didn’t understand what the draw was. In any case, when we arrived in Moab the first night and checked into our airb-n-b I knew I was ready to have my expectations shattered in a good way. The house we check in to was clean, cozy, decorated perfectly for the region (southwestern vibes all around) and had the most fabulous views of the mountains and red rock. Anna, Andrew and I ran around the place for some time exploring before settling in on the porch to enjoy the views while we waited for his parents who had taken the scenic route. You can find the listing here. 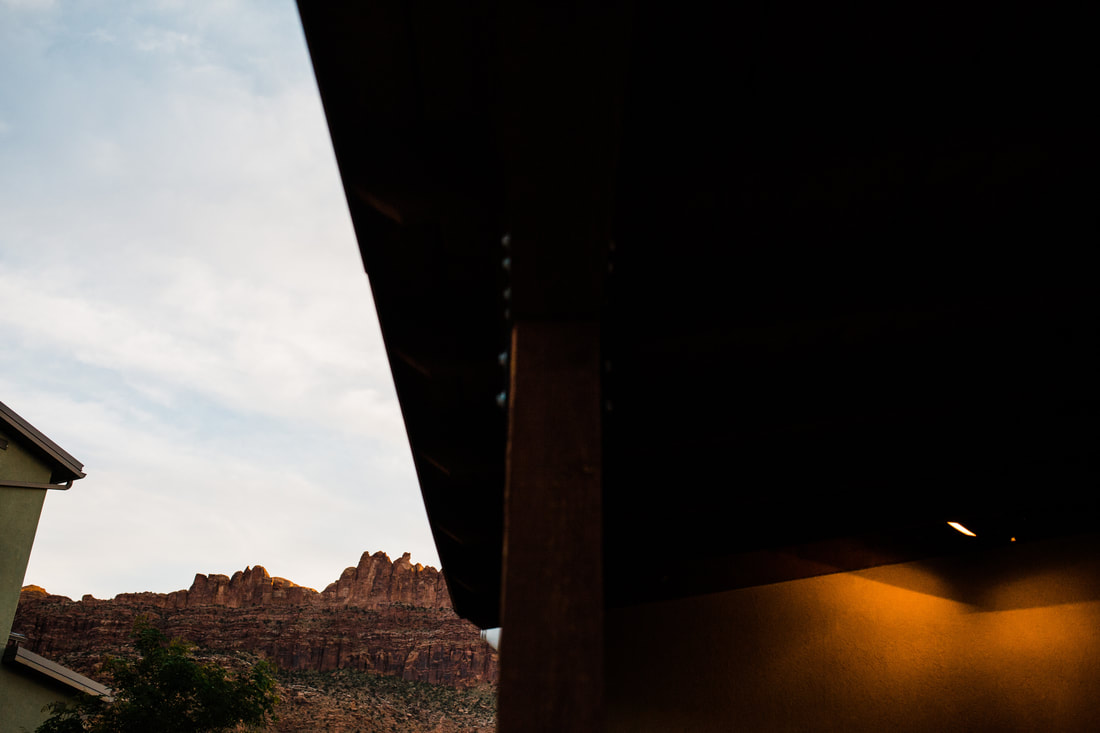 After they arrived that evening we took a stroll down Main Street to check out the shops and then grab food from the grocery store. One of the best parts about having an airb-n-b is having the ability to cook for yourself and save a little bit of cash. The other plus, especially in our case, was the view. We sat on the porch and watched the sun turn the rocks golden while we ate.

The next day we set out to do what we came to do: take the Jeep off-roading. My father-in-law has been talking about getting a Jeep for as long as I’ve known Andrew and this year was finally the year he did it. Now this theory is not proven, but I truly believe that once you have a Jeep, a part of your brain becomes rewired to not only want, but crave the off-road experience. My father-in-law had done research on good places to start and hence we found ourselves a trail named Fins n’ Things. On the way up, we ran into another family heading to the trail. My father in law and the father in this family seemed to share the common bond of a love of off-roading and decided we should head up together. Seeing their positivity relieved some of the nerves I had about it. I was optimistic about how brave I could be. Too optimistic. Within the first 2 minutes I practically threw myself out of the car with the excuse that “I just wanted to take pictures.” I want to clarify that it was nothing to do with my father-in-law's driving that led me to walk 2.5 miles of trail. Rather, it was the lack of control I felt I had when we were getting tossed around by the uneven surface of the trail. That and the fact I get car sick easily. Walking ended up being incredibly enjoyable though. I got to take in the views in a new way and even snap some photos and videos. 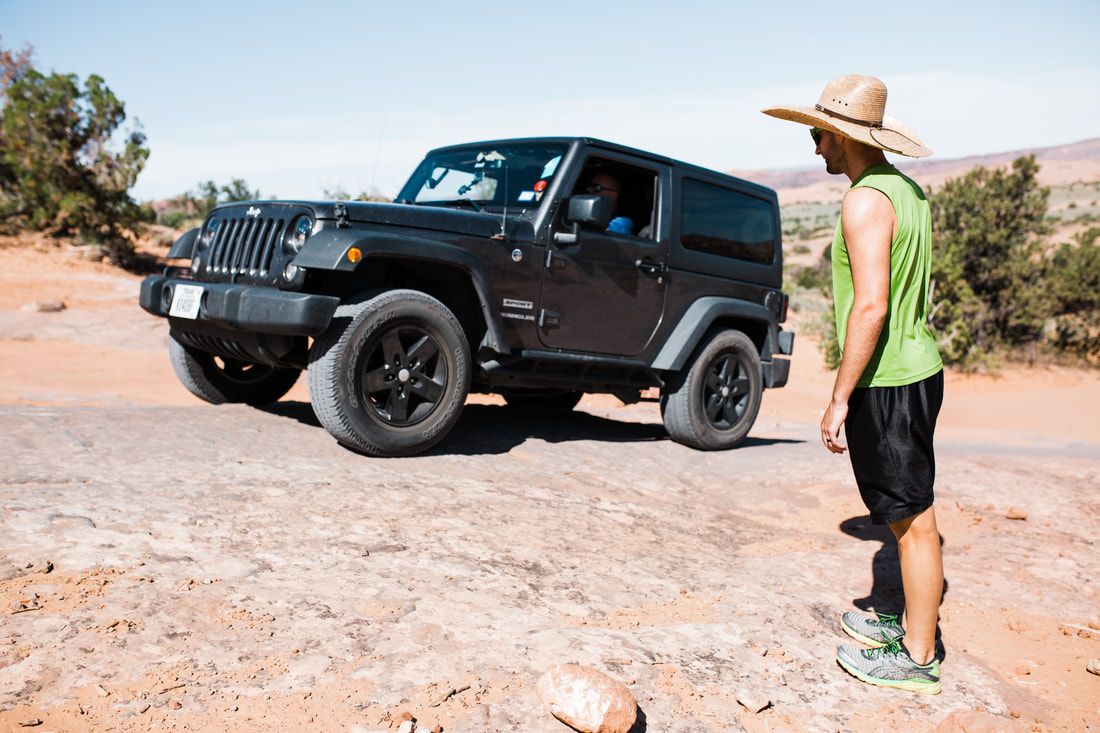 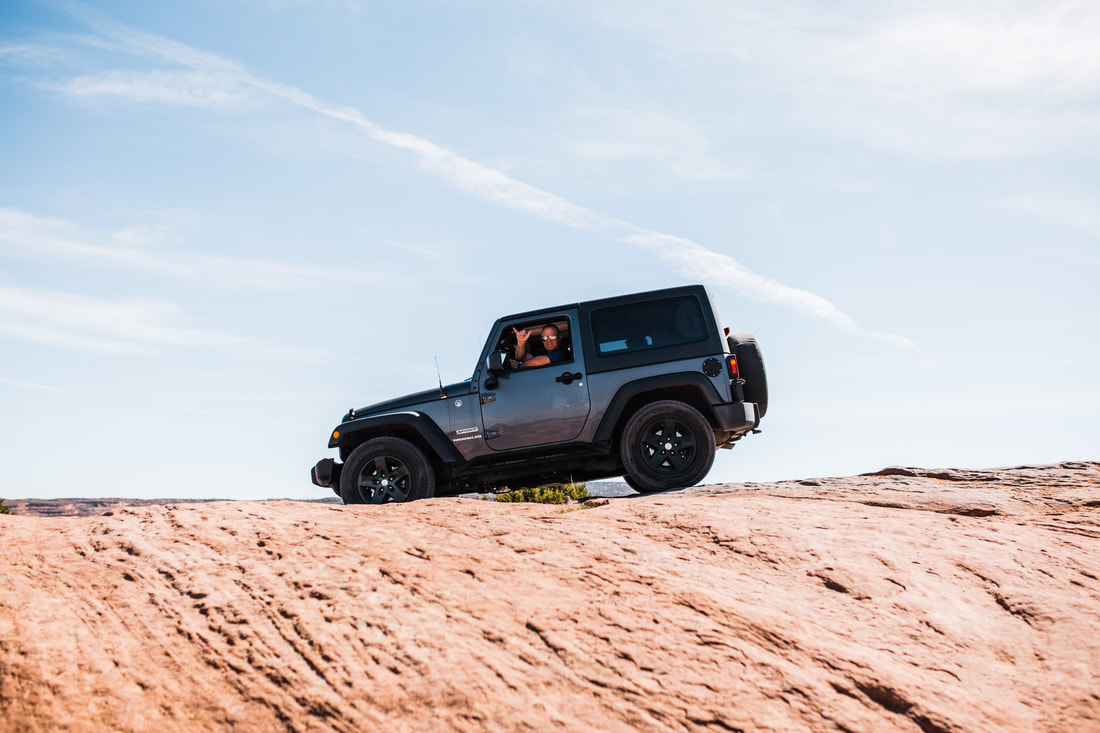 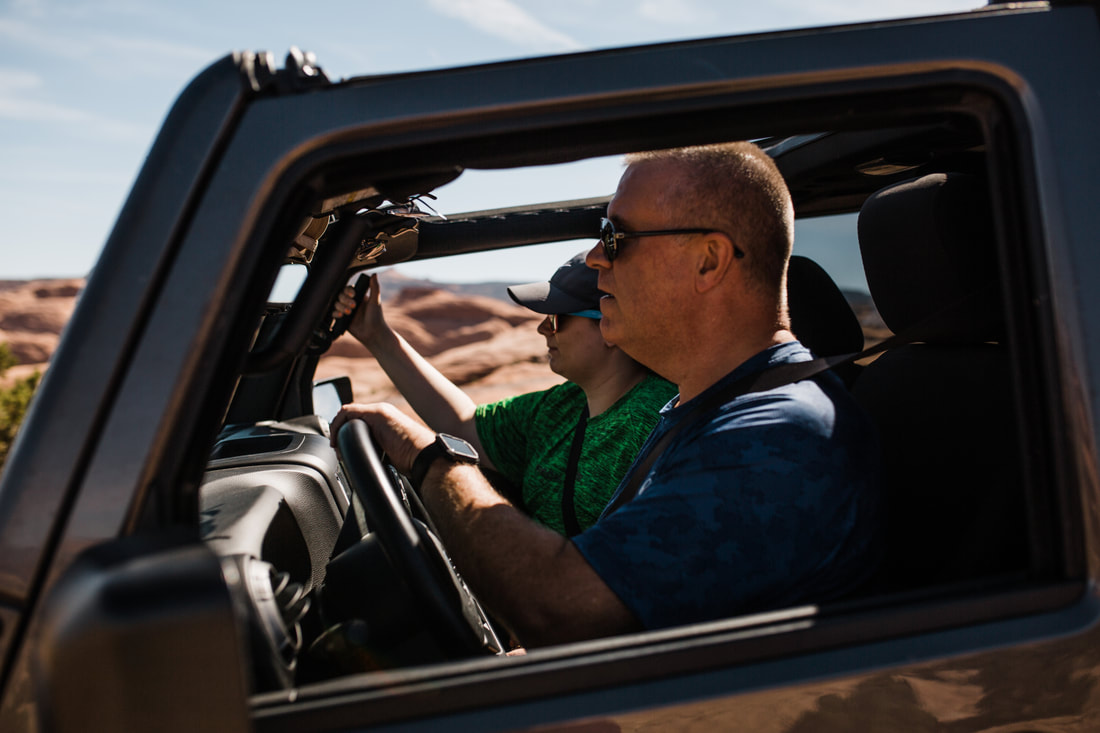 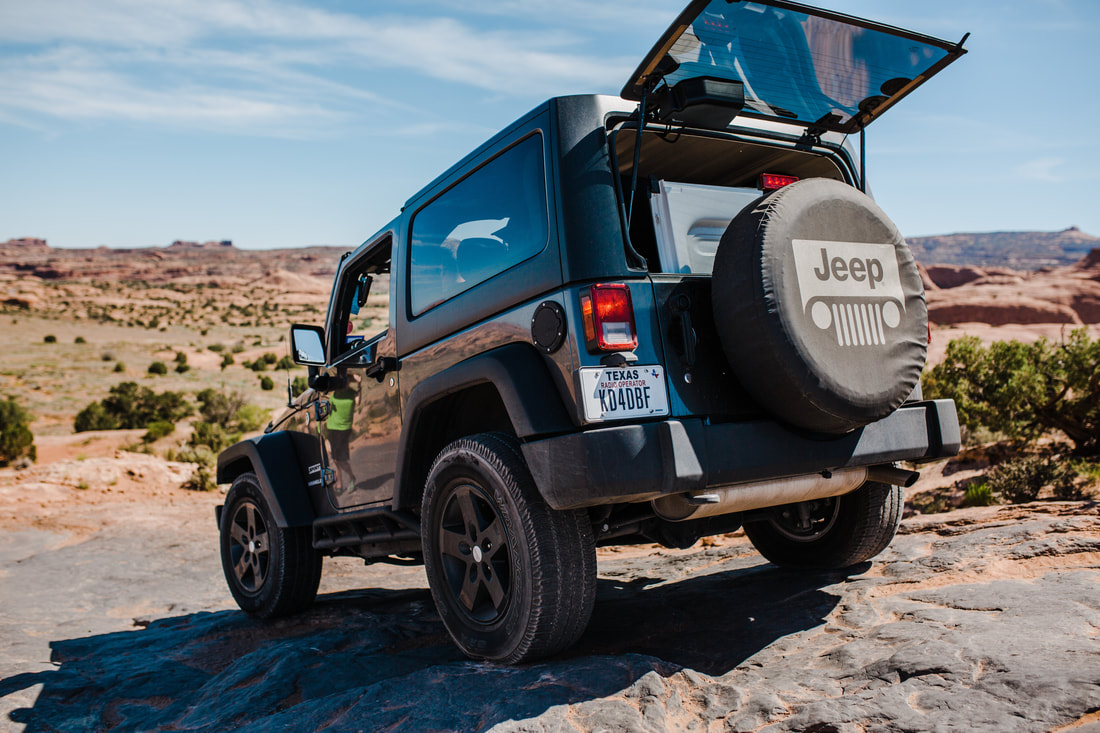 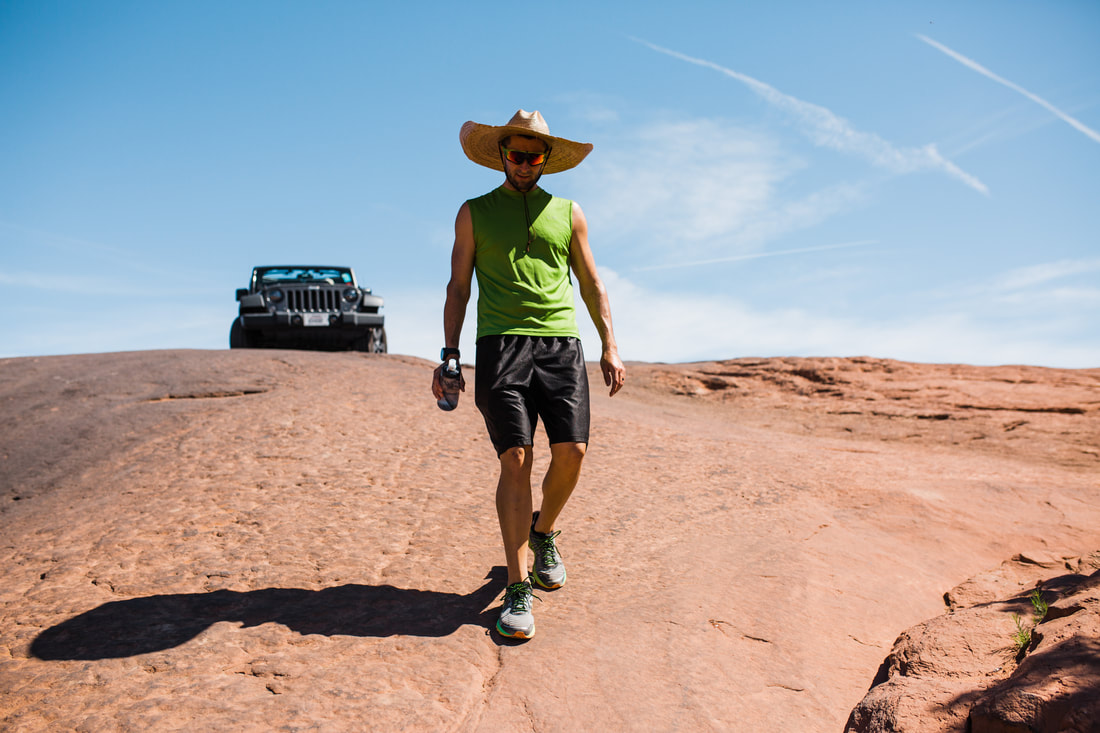 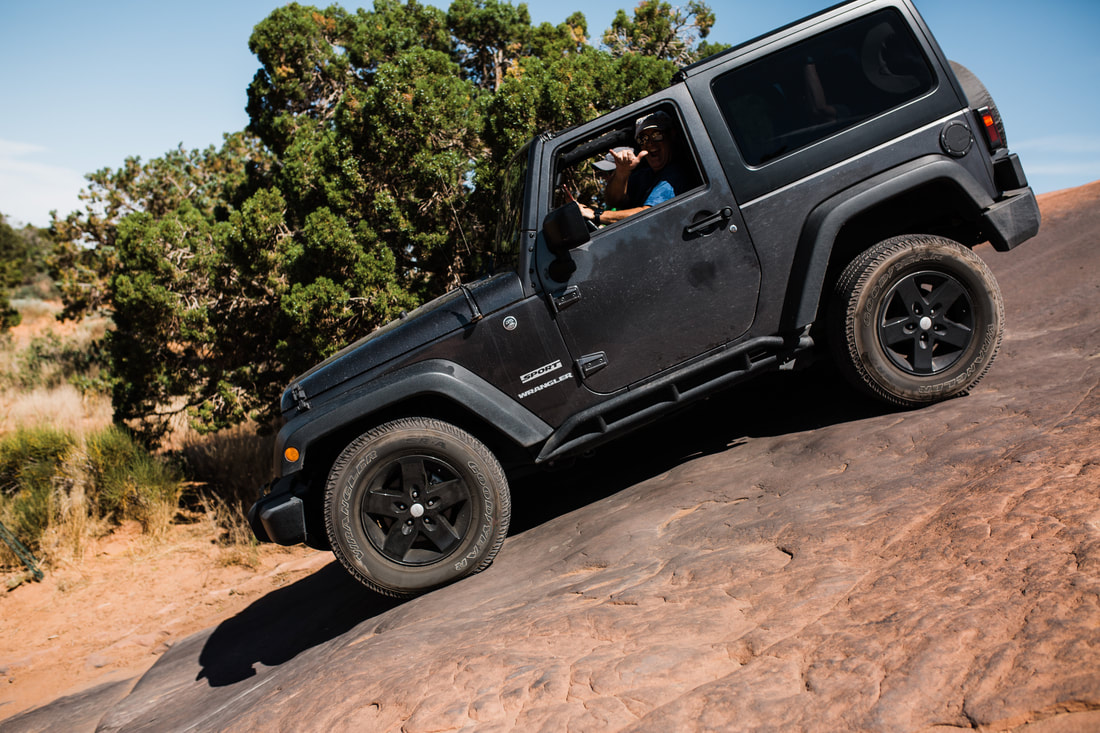 Needless to say we were all hot and hungry by the end of the excursion. Andrew pointed us in the direction of the Moab Garage on main street for lunch. Their sandwiches were the perfect match for our hunger and the ice cream really hit the spot. 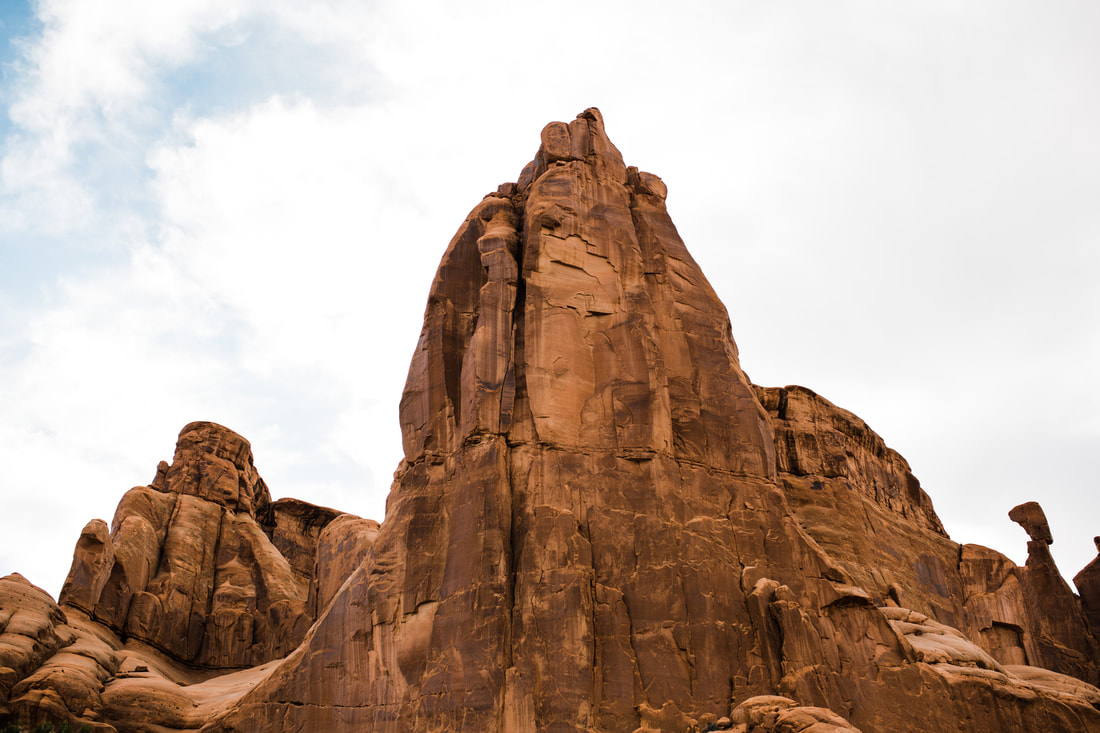 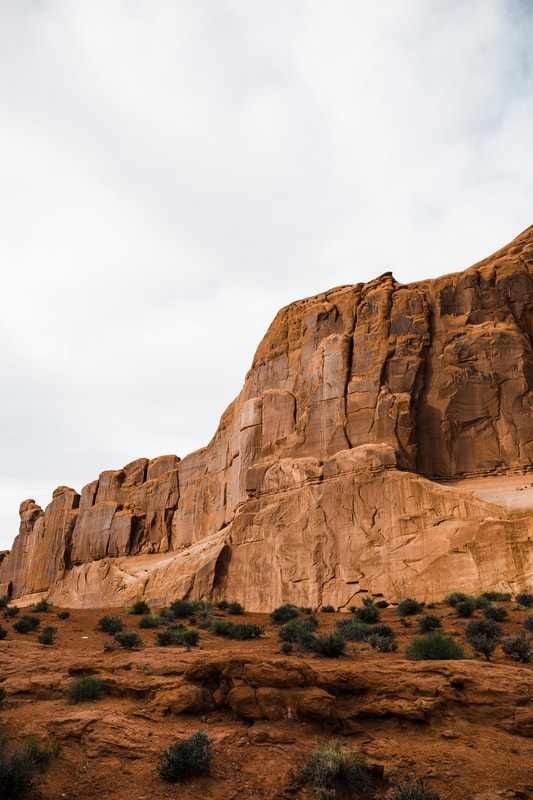 After a brief time resting, we decided to hit the park and take a little drive through Arches. stopping on occasion to snap some photos and complete the short walks. We ended the evening watching the sunset over the desert.
​The next day we parted ways briefly. Andrew and I carried on to Salt Lake while they took the scenic route. We were blessed to be able to stay with the best hosts around, Mike and Becky, Andrew’s aunt and uncle. Not only did they cook some amazing meals, they took us on some amazing adventures too. We visited Provo Falls, did some shopping, and explored Park City. However, the icing on the cake HAD to be rising a Bobsled at the Olympic village. On our way back from a nearly full day in Park City we made a quick pitstop at the former Olympic village. In my mind, seeing it was cool enough but Andrew had other plans. “If I can ride the bobsled, I’m totally doing it.” I hoped he might be kidding, but when we saw it was available, he was all in. Of course I am not the daredevil type, so I prayed it would be for one person only. It wasn’t. With some persuading by his aunt, I found my way on a shuttle heading to the top of the mountain to ride a bobsled. We were given a brief introduction, a helmet, and basic instructions before Andrew, Anna my sister-in-law and I climbed into a bobsled manned by a professional driver. My father-in-law has already gone down before us but now it was our turn. For all the dread I felt before, I have to say now it was totally worth having my equilibrium thrown off for about an hour. I screamed so much I stopped being able to. If you’re ever in Park City, visiting the Olympic training grounds is a must! 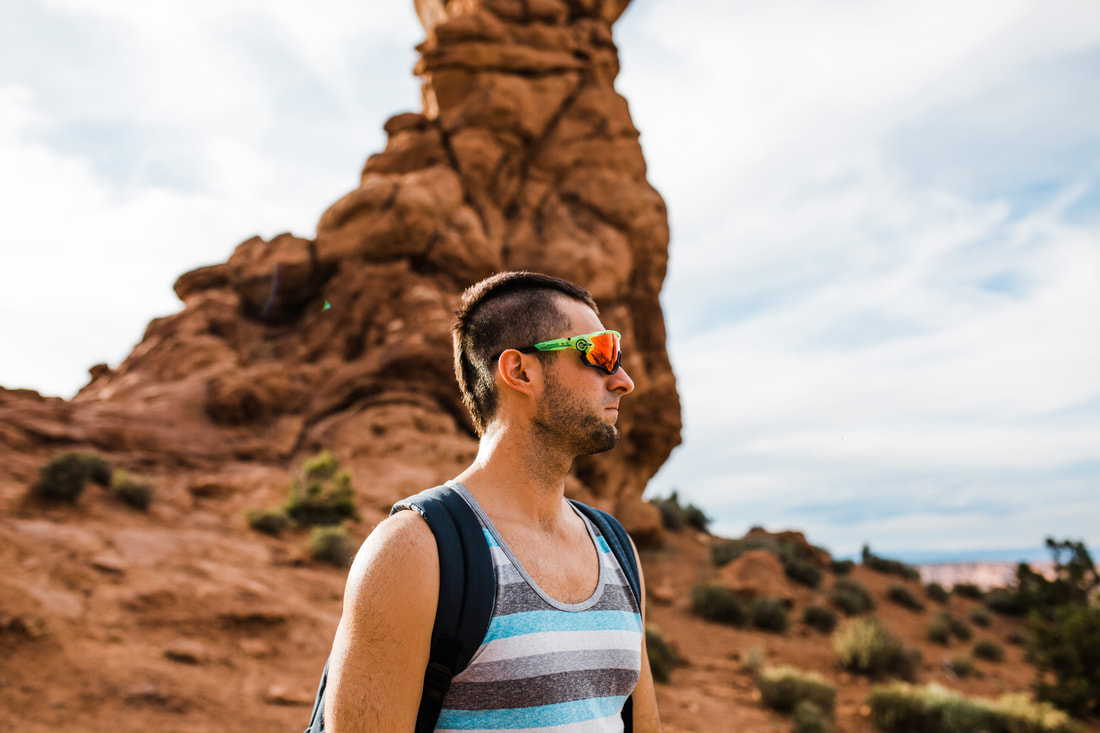 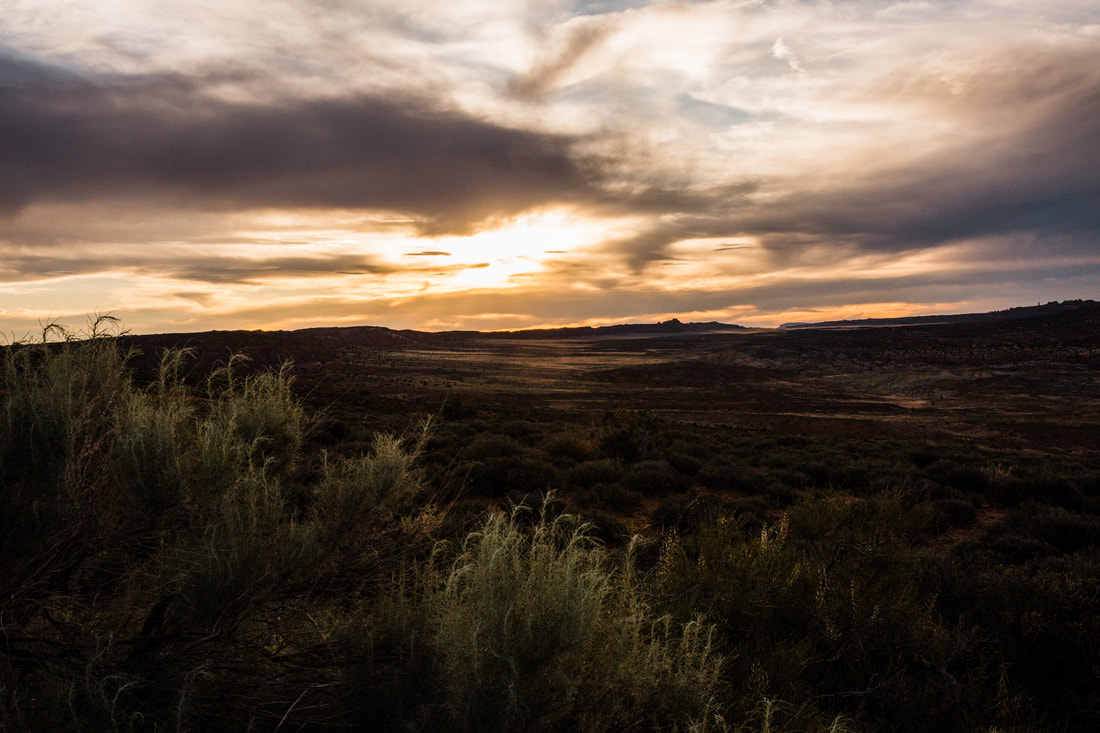 Before concluding our trip, we hiked once more, spent a lot of time laughing, fed some snails (that was just me), and ate at the Red Iguana (the Mole was to die for). Utah, I have to say I'm impressed. You outdid yourself and I'm thankful for the memories.